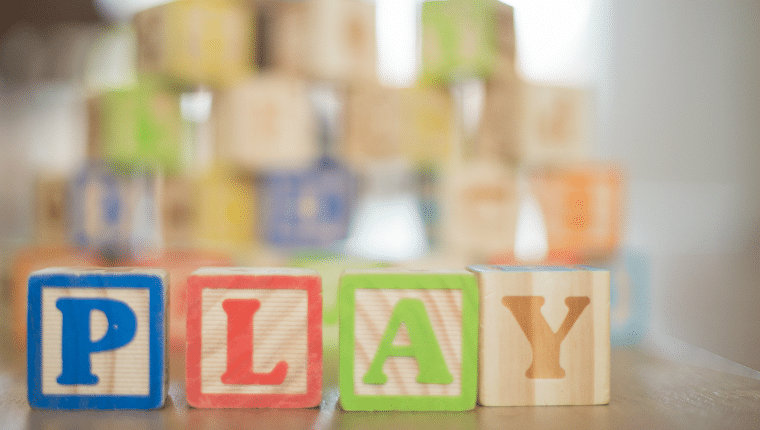 What is the Role of Play?

What is the Role of Play?

Play is critical to the healthy growth and development of children. Play is the best way that children develop working theories, that is learning about and making sense of themselves, other people around them, the different environments…

Through play, a child learns how to process and make sense of what sensations they receive through all their senses, sight, sound, taste, smell and touch. Play relieves stress and boredom for children, it connects children with their peers and adults in a positive way, stimulates interests, desires, exploration and creative thinking and it helps children to regulate their emotions, test theories and boosts their confidence.

Unfortunately, the importance of play is still often undervalued and underestimated. When children play, they draw upon their past experiences-things they have done, seen others do, read about, or seen on television-and they use these experiences to build games, play scenarios, and engage in activities. This repetition and replaying of experiences helps children to further develop understandings of these situations and explore how to manage and behave appropriately during any given experience they have in the future.

Play enhances language development, social competence, creativity, imagination, and thinking skills. In fact, it could be said that play is the chief vehicle for the development of imagination and intelligence, language, social skills, and perceptual-motor abilities in infants and young children. Play is so important for children because their knowledge of self, comprehension of verbal and non-verbal communication, and understanding of the physical and social worlds are expanding dramatically. Free, open-ended play offers a satisfying experience for children, allowing them to explore and discover, while at the same time developing their imagination and thinking skills.

What I hear most frequently when discussing with parents and whanau the aspirations they have for their child while at an early childhood centre is “To socialise and make friends”. Developing social interaction skills and engaging with peers is a very important step in a child’s development. It allows them to understand how relationships are formed, to develop empathy and how to see things from the points of view of others. It is a long process which evolves from the minute a baby is born right through childhood and into adolescence.

Sometimes the length of this process can be frustrating and hard to understand for parents. I remember some time ago I welcomed a new family to the centre I worked at. The family was from India and spoke Punjabi at home. Their son was not quite three years old and had never been in Early Childhood Care and Education before. They wanted him to be around a mixture of children and to make some friends. They also mentioned that he spoke almost no words in either Punjabi or English. After around three weeks his mother spoke to both the supervisor and myself about her concerns that her son did not seem to be playing ‘with’ any children yet. We both reassured her that he had been spending a lot of time observing the other children and was beginning to imitate their actions and try to become involved in their play. It made me think about finding some information for this child’s parents to reassure them that he was right on track with his social development.

Many things can influence the type of play a child will participate in such as; their age and development level, their temperament, the environment they are in and how well they know the other children around them. In her 1929 dissertation Mildred Parten Newhall described her ‘Stages of Play’ theory after observing preschool aged children engaged in free play in America. Her theory classifies types of play and how children engage in play and while aspects have been called into question since it came about, it is still widely used by psychologists and educators. Parten described six stages of play she observed. (www.gemschicagoearlyyears.com)

As we can see the development of social interaction skills during play can be a lengthy process and for some children it can be very challenging. Ensuring children know they have someone they can trust and feel secure with can be great to help them on this journey. Being there for assistance if they ask and giving them prompts of how to engage with other children can be very beneficial for children who struggle to initiate contact. We know it can be as simple as saying “Can I play with you”? but for children this takes a long time to learn.

Interested in learning more about this topic? Check out our course – The Role of Play – via the Online Learning Hub.